SEIZE THE MOMENT WITH KEHLANI

TAKE SOME TIME WITH JORJA SMITH

THINK IT THROUGH WITH BRENT FAIYEZ

ALIGNMENT AND PURPOSE WITH KENDRICK LAMAR

Subcribe to our newsletter for dibs on discount codes, exclusive content, merchandise and more.

The time has come for Rod Wave to release his third studio album,“SoulFly”. The 22-year old Florida-based singer delivers a 19-track record full of pain and heartbreak. Throughout “SoulFly”, Rod Wave tells a coming-of-age story of a young man growing up in a tough environment, struggling with the obstacles that so many people face in their everyday lives (and other’s not). I think it’s safe to say that if you enjoyed his 2020 release “Pray for Love”, you will not be disappointed with “SoulFly”.

“SoulFly” dominated the pre-sale charts during the week of March 19th, indicating a sizable opening on the RollingStone 200. “Pray for Love” previously debuted at #2, his highest charting album to date, and sold approx. 75,000 units.

Rod Wave recently released visuals for the first and fifth tracks. (SoulFly and Tombstone). Both videos can be found below. 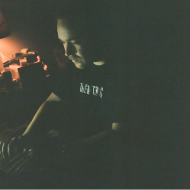 Music Producer for @THELATERPEOPLE, Videographer, and Contributor for The Daily Gems.

What do you think of this article? Cancel reply

The boys are on the road 🚎🍻💎 -@Larryjunet

Recap by us for @GriseldaRecords from this weekend

designed and developed by Qodeinteractive.